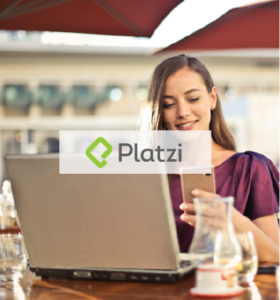 As technology becomes more embedded in our daily lives, the need for more professionals to understand, partake and develop new innovations also grows. Not only is this important but fundamental. In this sense, Platzi’s goal is to prepare the new generation of tech professionals for future employment demands.

Platzi, allegedly the largest tech school in the Spanish-speaking world, announced a round of US$6 million led by Foundation Capital. This new funding represents a higher bar for the company’s growth potential.

Born in Colombia, Platzi has offices in Bogotá, Mexico City, and San Francisco. However, it is already setting its eyes on other continents and other languages. For instance, Spain and Brazil are two countries where Platzi is aiming to expand. Not only that, but the company is also planning to consolidate operations in its largest markets.

To date, the startup has one million students across 20 nations. With its catalog of over 300 courses, Platzi is helping around 70 percent of its students double their annual salaries.

Classes range from programming, marketing, management, trading, video production, photography, among others. All the while, students spend less than one dollar a day, on average.

Apart from seeking international expansion, Platzi will open new office space with recording studios. The new 370-square meter facility will allow the Platzi Mexico team to produce new courses. There are even plans to construct an auditorium for 100 people in Mexico City overlooking the Angel of Independence.

Thinking the company was considering venturing into the offline education space, I reached out to César Fajardo, Platzi’s Head of Communications, in order to better understand this move.

“The reason, rather than going into offline education, is to have a physical space for our community. Much of Platzi’s experience lies in creating community and not learning alone on your own. In Bogota, for just over six months we have a space for meetups of our community and other communities around technology. The objective of this auditorium in Mexico City is to achieve the same, to give a meeting space to people who never stop learning,” Fajardo clarified

Today, it employs more than 100 people. Now, it is seeking to expand its educational offer in key markets such as Brazil and Spain. This will reportedly allow the startup to grow by 300 percent.

To maximize its new capital as much as possible, Platzi aims to concentrate most of the resources in developing and strengthening its facilities in Mexico. The goal is to turn office space into a “teaching hub.”

This not only reduces costs by concentrating teachers in one single location, but it’s also a strategic move. After all, Mexico is a geographically advantageous location due to its proximity to the United States and Central and South America.

In 2015, Platzi was the first Latin American startup to receive support from Y Combinator, the famous Bay Area accelerator, that has assisted successful companies such as Airbnb or Dropbox.

Freddy Vega, co-founder and CEO of Platzi, said that only 12 percent of college-age people actually make it into college. This leaves 88 percent at a disadvantage in the labor market. For him, the solution lays in technology.

“Technology is the only tool to achieve the pace of updating required by current education, with demands for talent in continuous change,” said Vega. “Today, the market marks the lack of qualified personnel, with updated tools that are renewed year after year.

“For that reason, it is time to promote a more inclusive way of education that is fast and accessible. This way, the new generation of professionals is prepared to meet the demand,” added the founder.

Statistically, Platzi has a course completion rate above 70 percent. On average, people who take an average of 18 courses over one-year increase their income between 54 and 260 percent.

The startup not only focuses on helping people find better jobs but also on creating better jobs. For example, 20 percent of Platzi students have gone on to create their own company.

Education is changing. Not only are people learning new materials, but where and when they learn is also evolving. Nowadays, new knowledge can be easily obtained through your computer screen.

With that said, Platzi is committed to lifelong learning. Each step reinforces its intention to train the new generation of entrepreneurs and technology professionals. Moreover, the startup is helping people reach their full potential.

Get our latest news straight to your inbox!